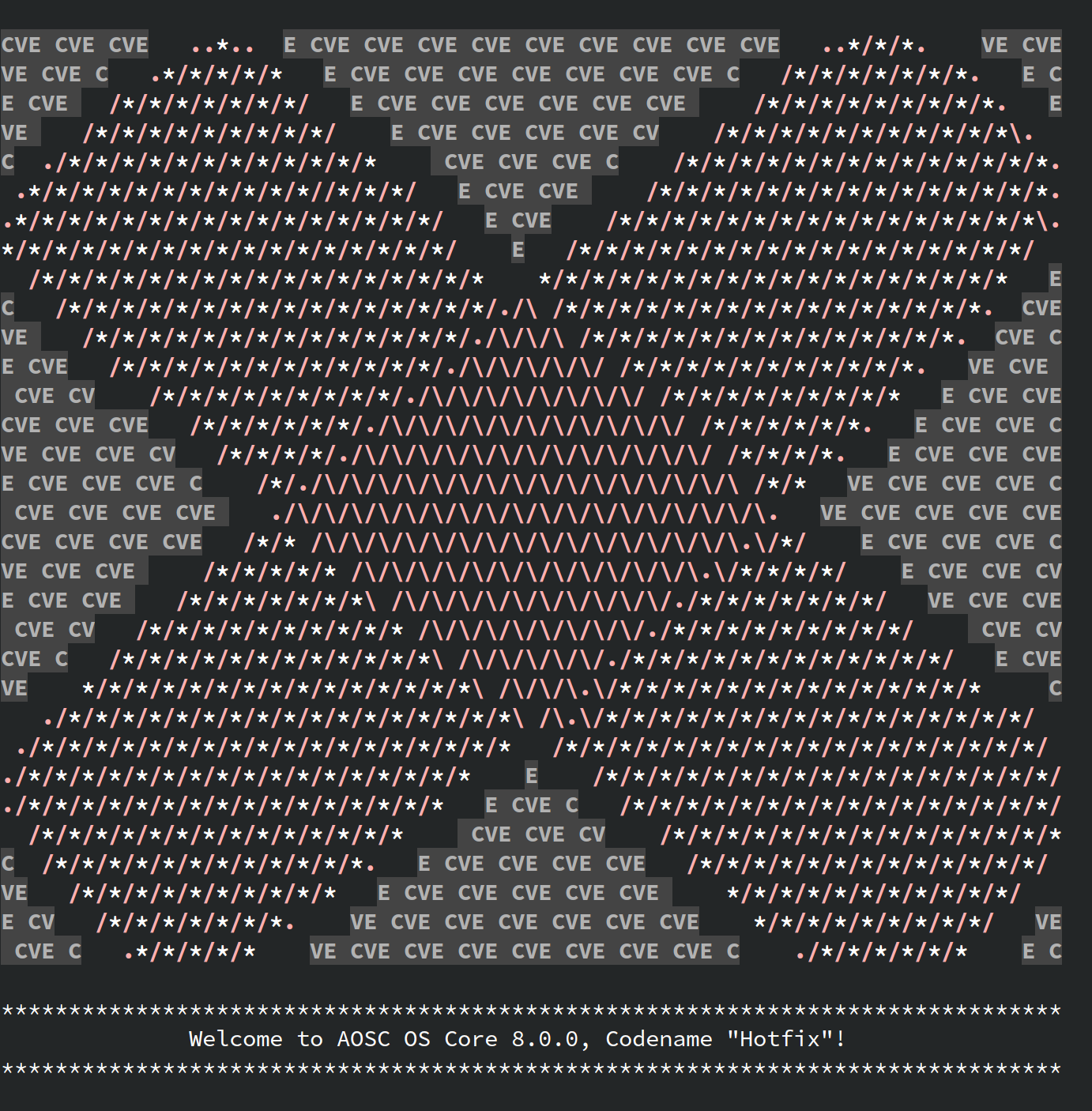 After weeks of hard work (mostly by our BuildBots) and testing by our maintainers and users, AOSC OS Core 8 is now available from the stable repository!

Codenamed "Hotfix," Core 8 contains major updates to core system components like Glibc 2.32, GCC 10.2.1, Perl 5.32, which could improve system stability and performance. There was one component downgrade for licensing reasons: Berkeley DB is now downgraded to the 5.x branch. With these major changes we have also rebuilt a large amount of packages (which are reverse dependencies to the Core compoennts).

For AMD64 users, we have also made an adjustment to Autobuild3, which lowered SIMD requirement from SSE3 (first released with Pentium 4 "Prescott" SKUs) to SSE2 (first released with Pentium 4). Using SSE3 by default, we found, was problematic, because earlier x86_64 AMD processors (most that released before the introduction of the AM2 socket) did not support SSE3. You should not expect a major performance regression, but this does mean that our AMD64 port is now true to its name - it supports all x86_64 processors.

With Core 8 now available from the stable repository, you should expect to receive over 100 package updates if you are running a desktop distribution (and possibly less if running a smaller feature set like the Base distribution). The update could take more than 30 minutes to complete on older systems, so it is advised that you update your system according to your own schedule.

Should you run into any issue updating to AOSC OS Core 8, please let us know.